Short Form, Long Form
2016, 17' - Omnibus. A suburban mom's life is upturned by the beast growing inside her.
Play me now
by Lily Baldwin

Documentary
A Lebanese boxer takes us inside the ring at her childhood gym in Kreuzberg, Berlin. Zeina is instrumental in changing the German competition regulati...
Play me now
by Lily Baldwin

Short Form
A disoriented young woman stumbles upon an empty estate. There are signs of a lush life, but the inhabitants have disappeared. Or have they?
Play me now
by Lily Baldwin

David Byrne ‘Everything That Happens, Will Happen Today’

Documentary, Music, Long Form
In a unique fusion of pop music and modern dance, Lily Baldwin performs the world tour of the album by David Byrne and Brian Eno. Captured in RIDE, RI...
Play me now
by Lily Baldwin 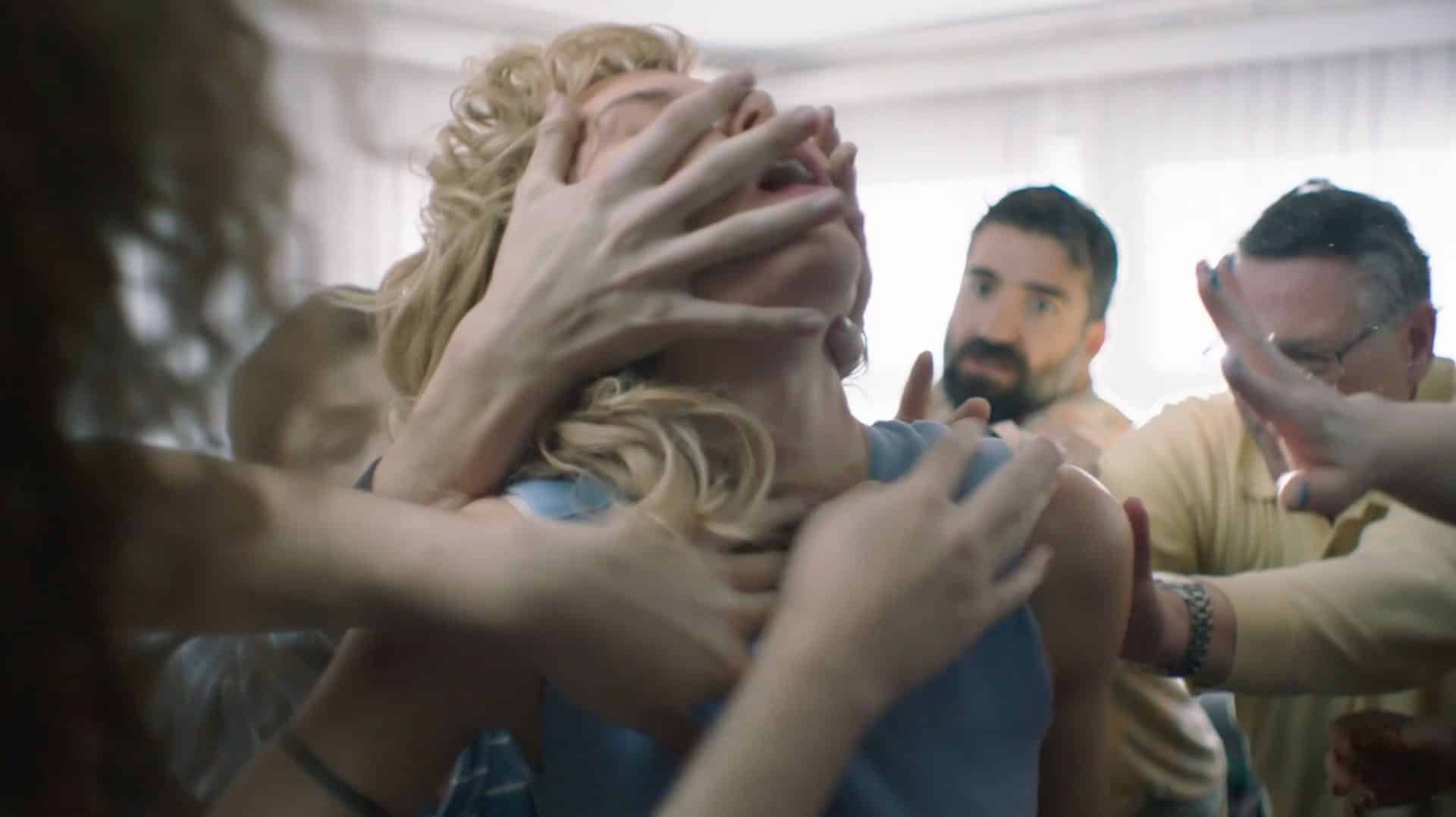 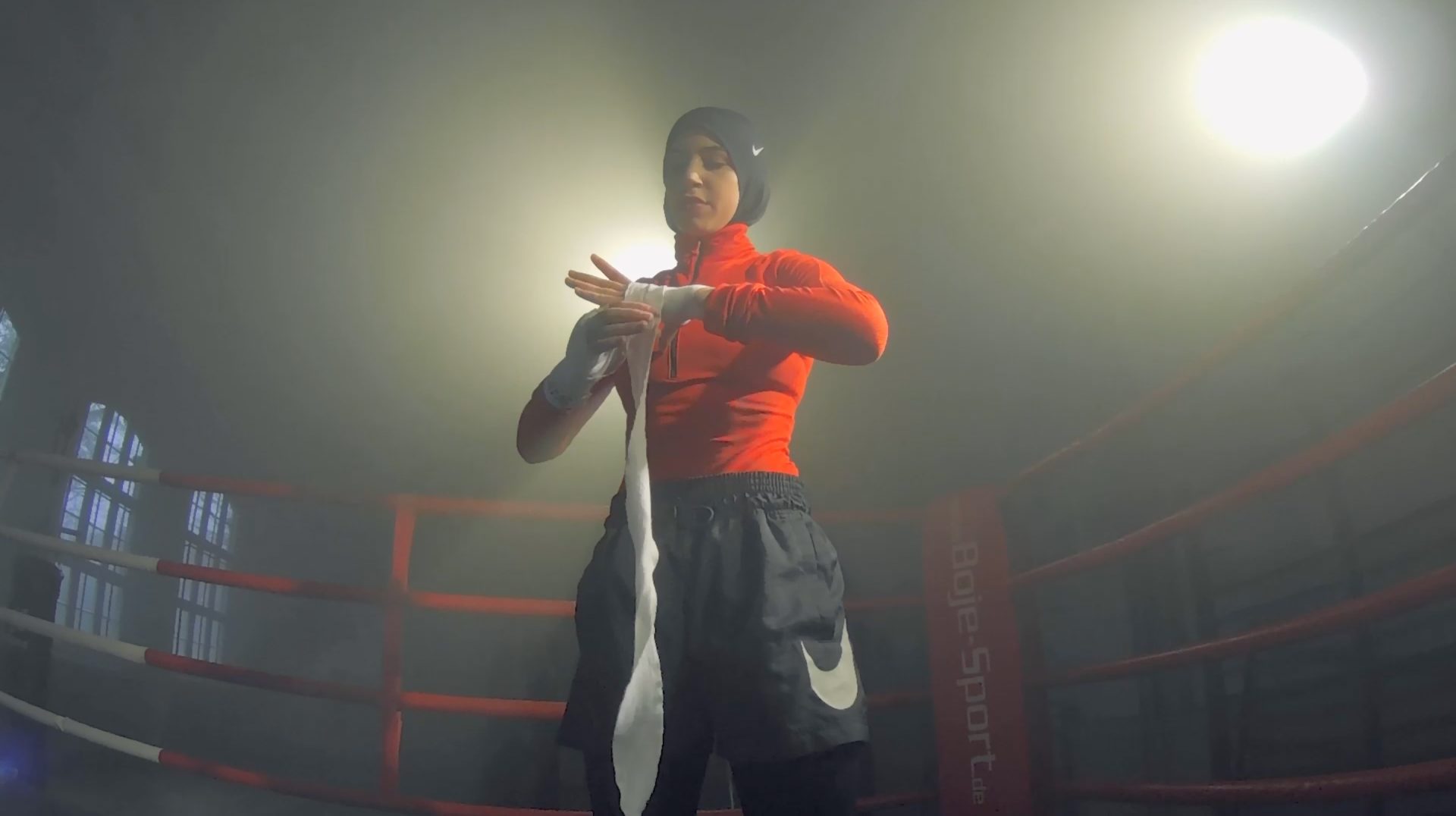 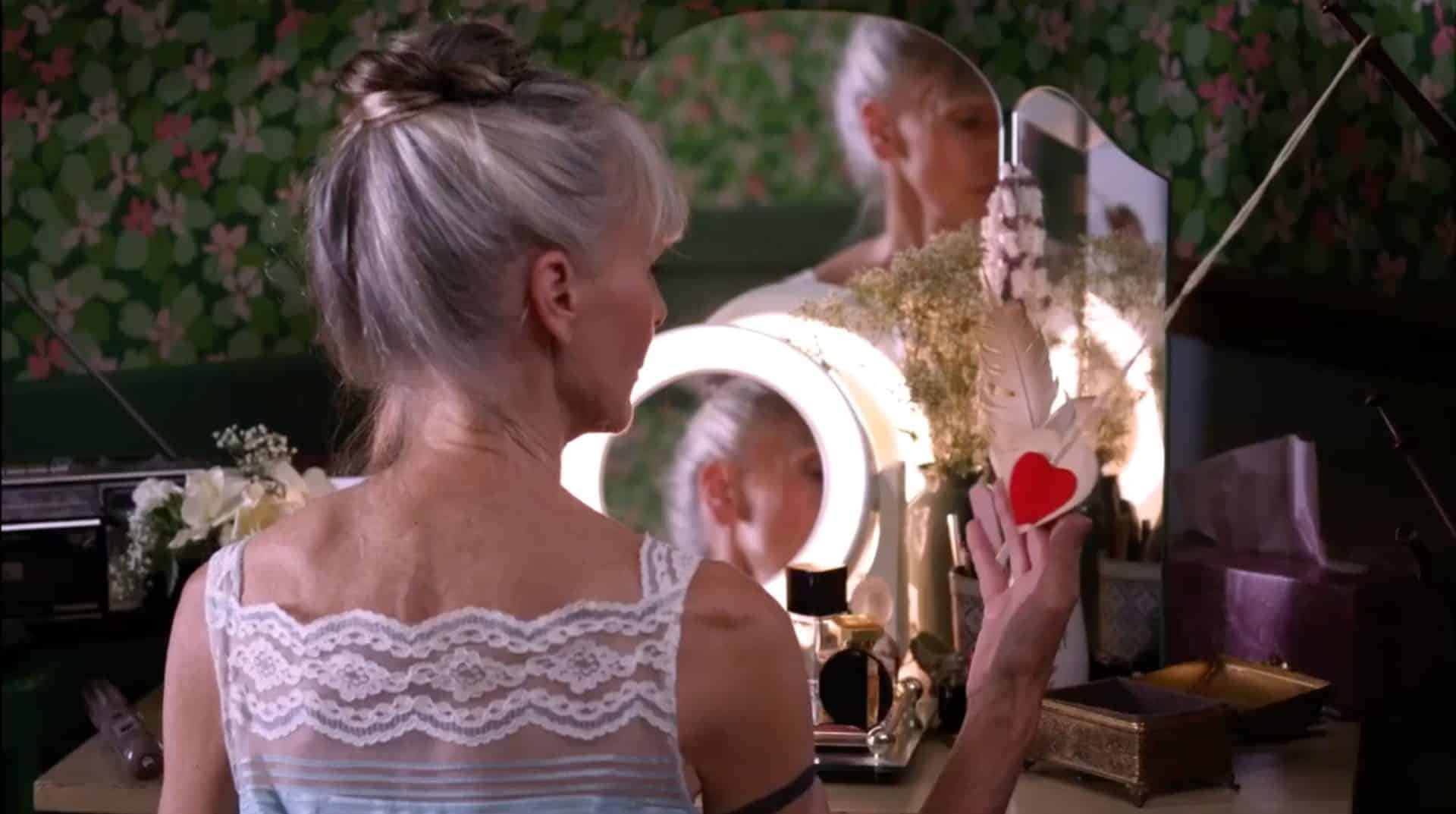 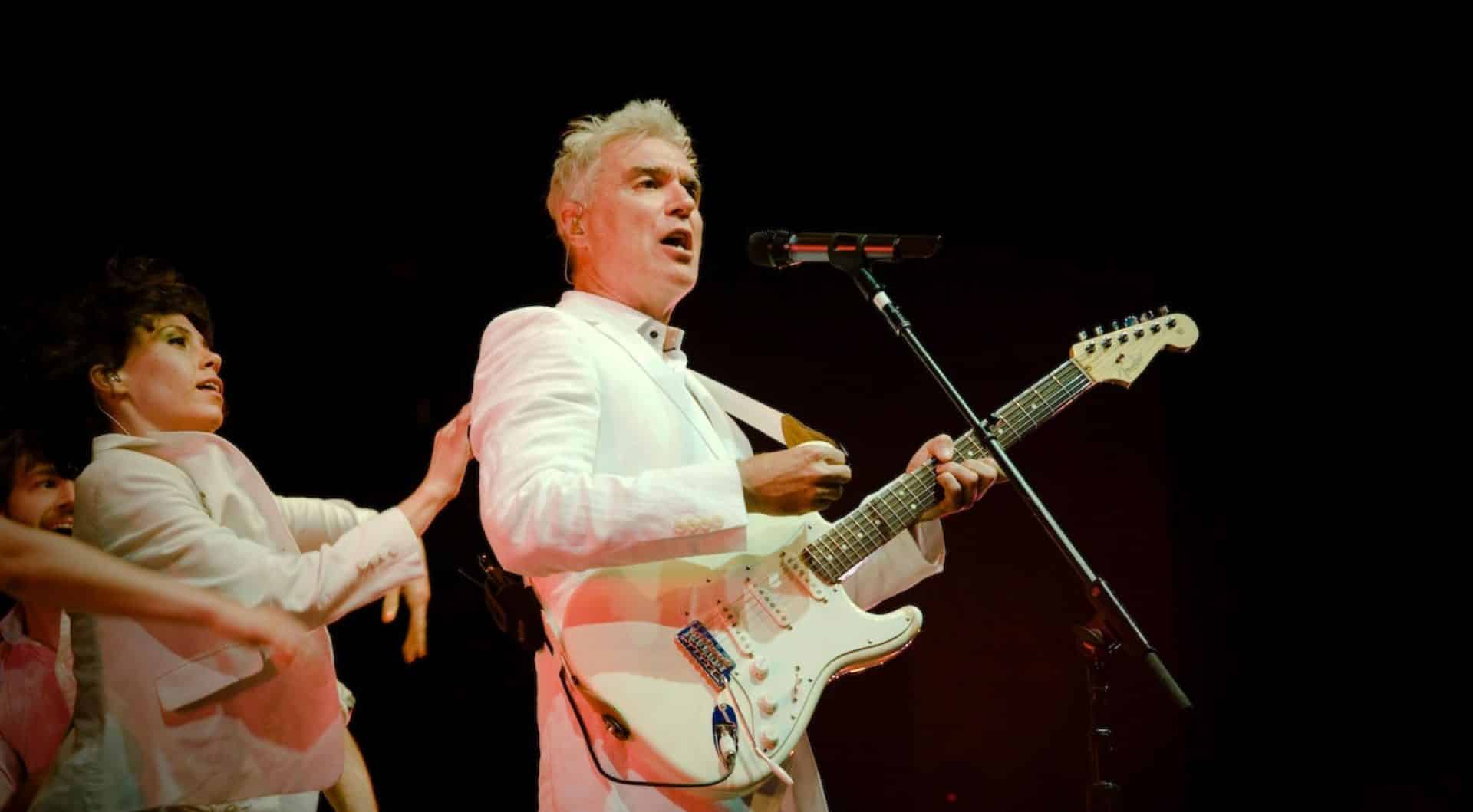 David Byrne ‘Everything That Happens, Will Happen Today’
View all work
BY THE BYE
↓ 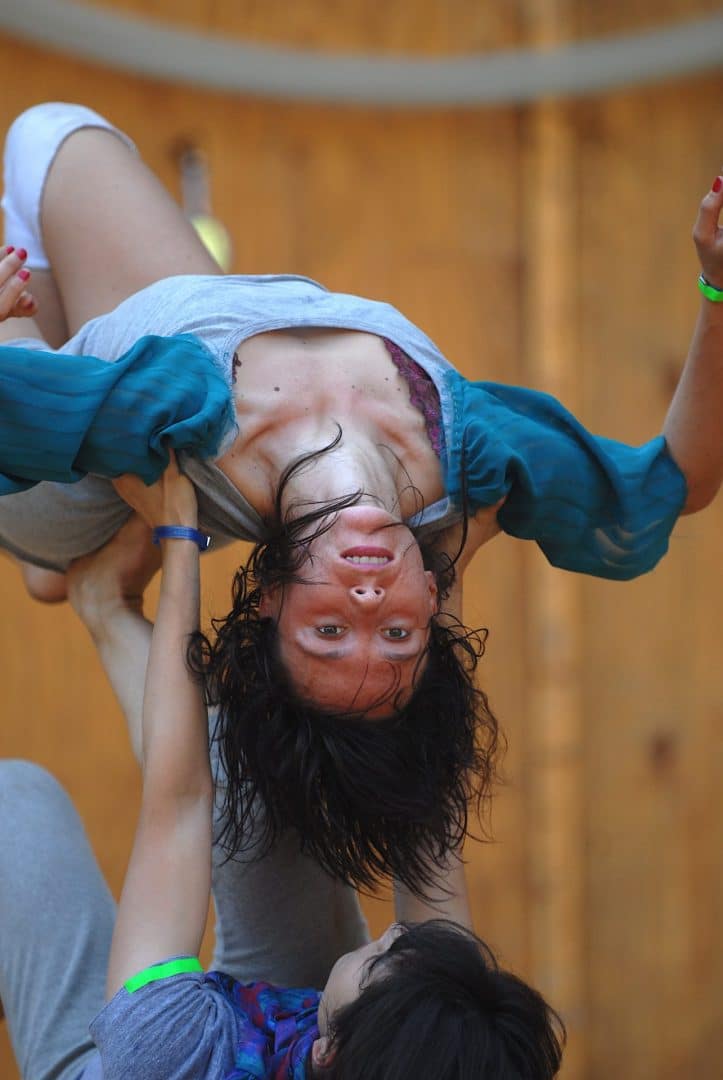 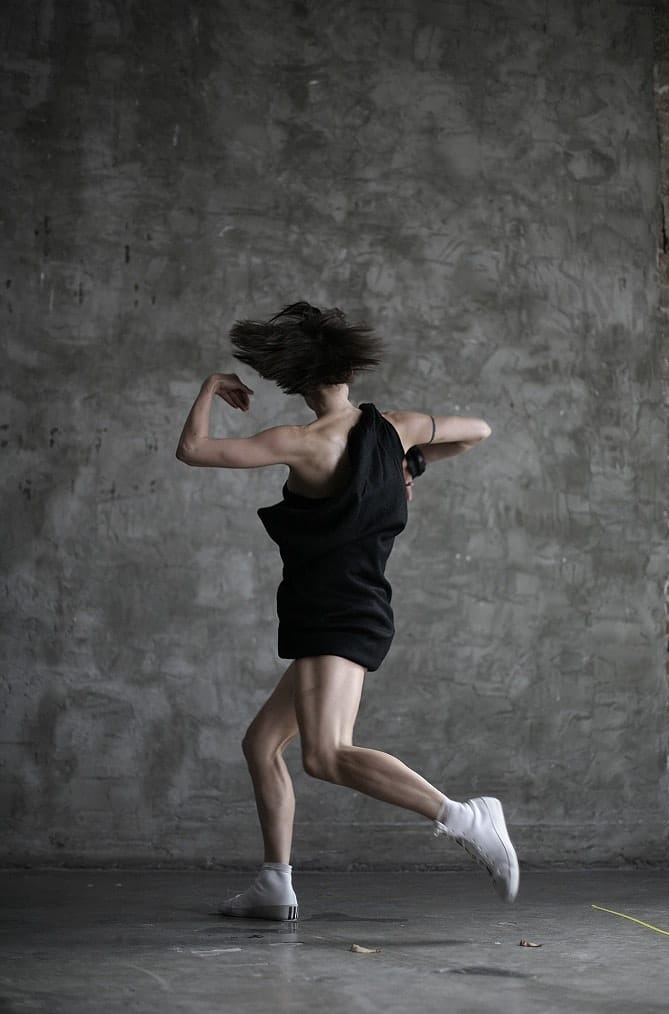 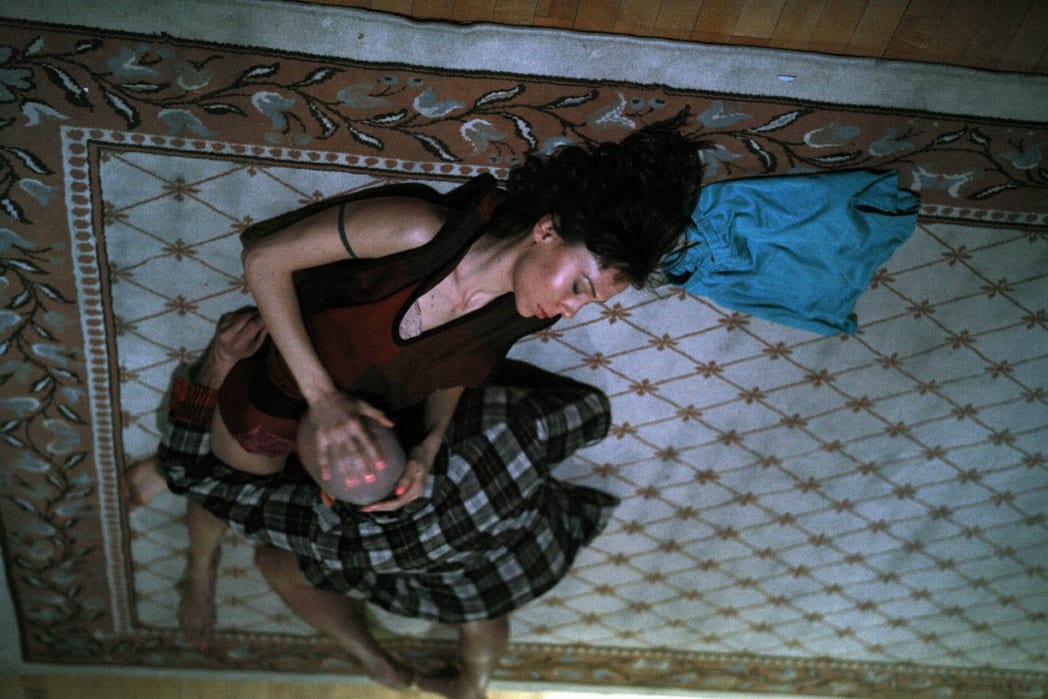 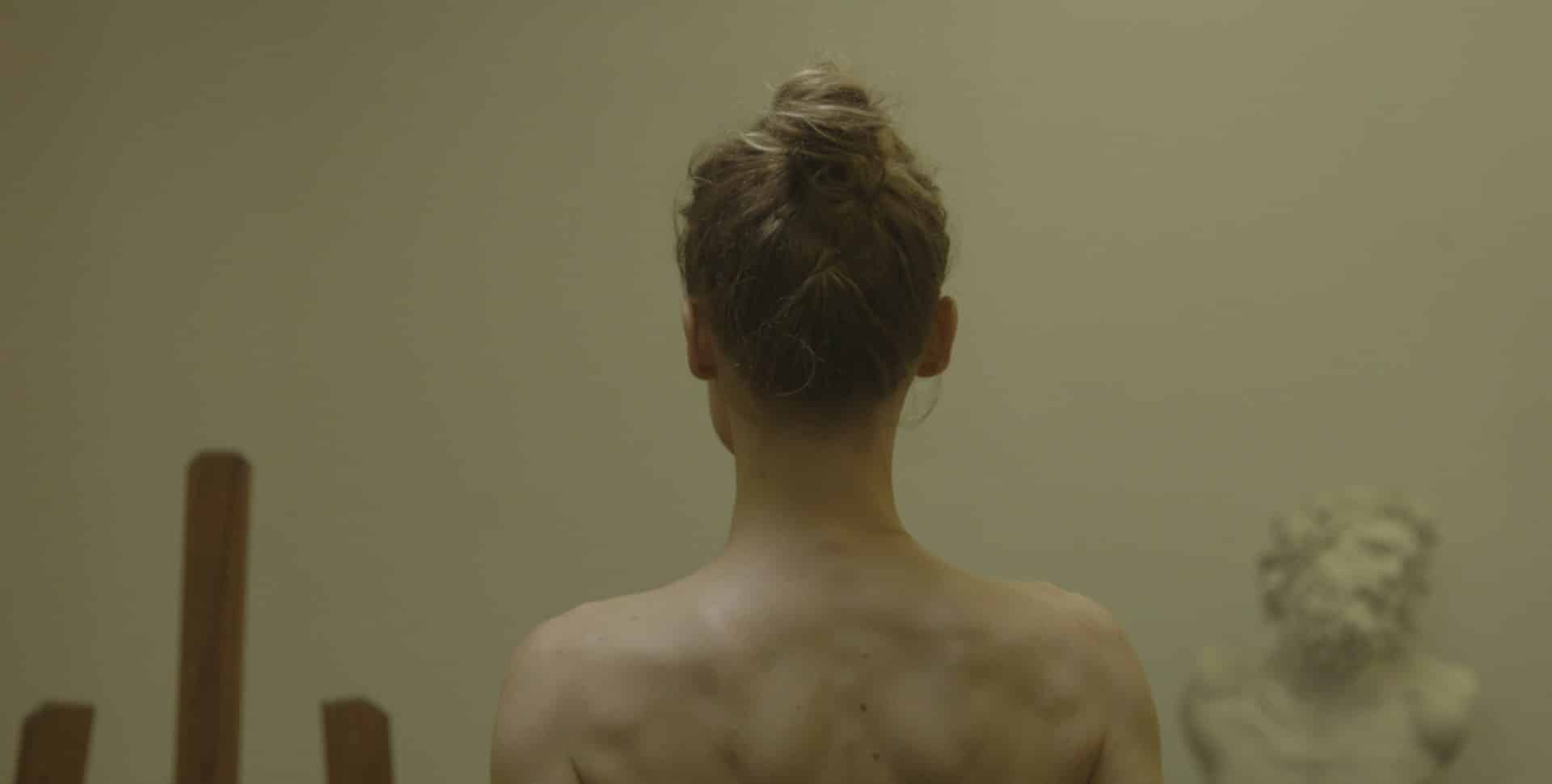 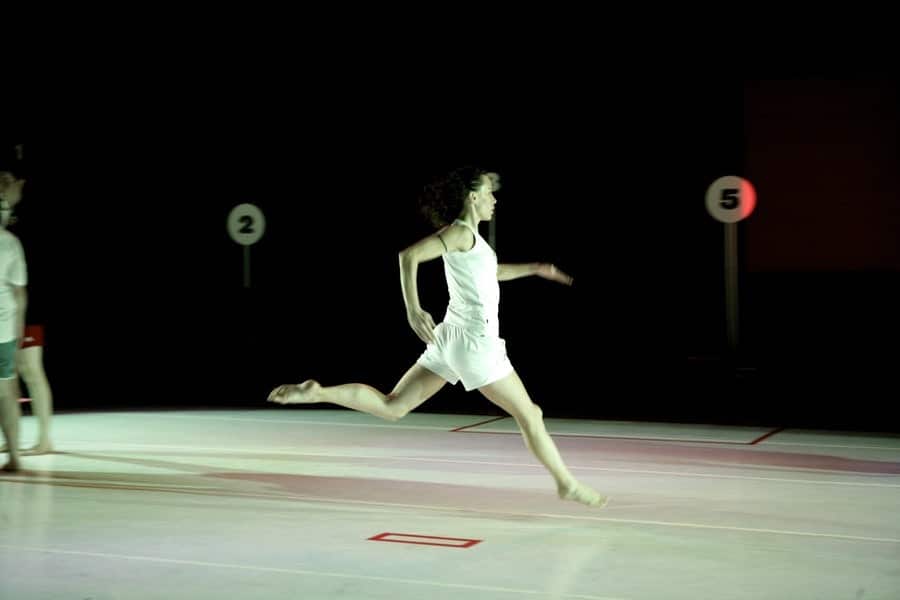 Originally a dancer, her early films were very much dance pieces in the film medium. She not only directed them but appeared in them as a dancer. Her initial approach to these films was almost a historical throwback to the origin of cinema, using still photography to create stop-motion animation. These first movies are gorgeous pieces of visual and kinetic art, which would have formed the firmament of a fine career. But Lily has steadily expanded into more narrative work with a full feature and episodic ideas soon to come to fruition. Text: RAVELIN MAGAZINE. 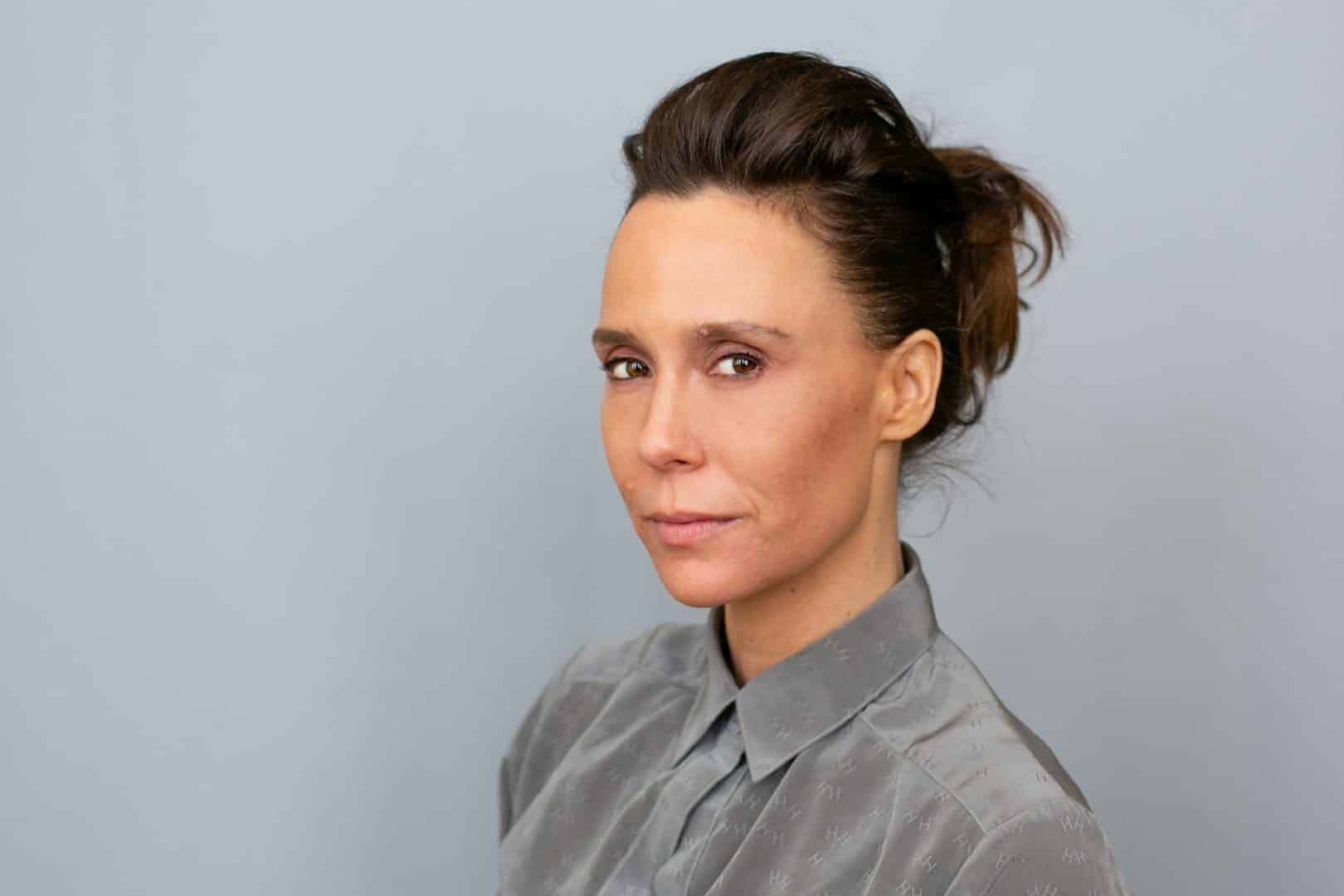 ‘Stalking is a unique kind of trauma’: The woman who turned her 13-year ordeal into a terrifying podcast.
‘Swallowed’ on the Criterion Channel 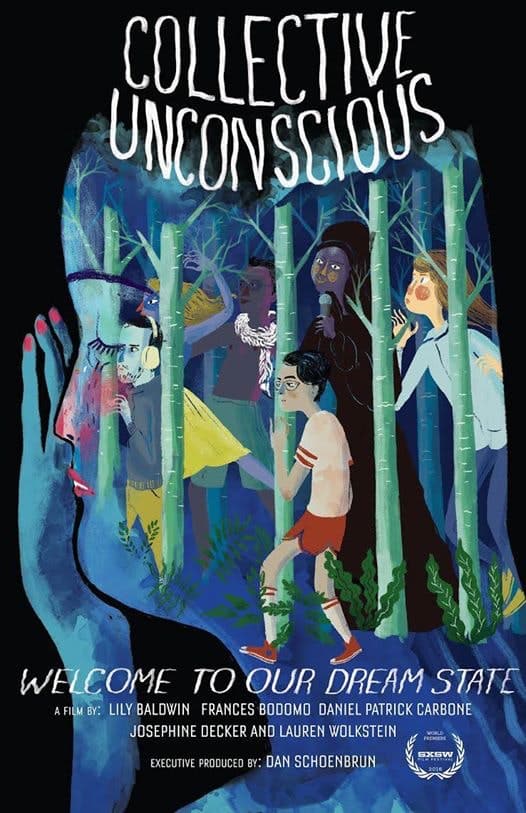 ‘Stalking is a unique kind of trauma’: The woman who turned her 13-year ordeal into a terrifying podcast.
‘Swallowed’ on the Criterion Channel

“One of 10 Filmmakers to Watch” 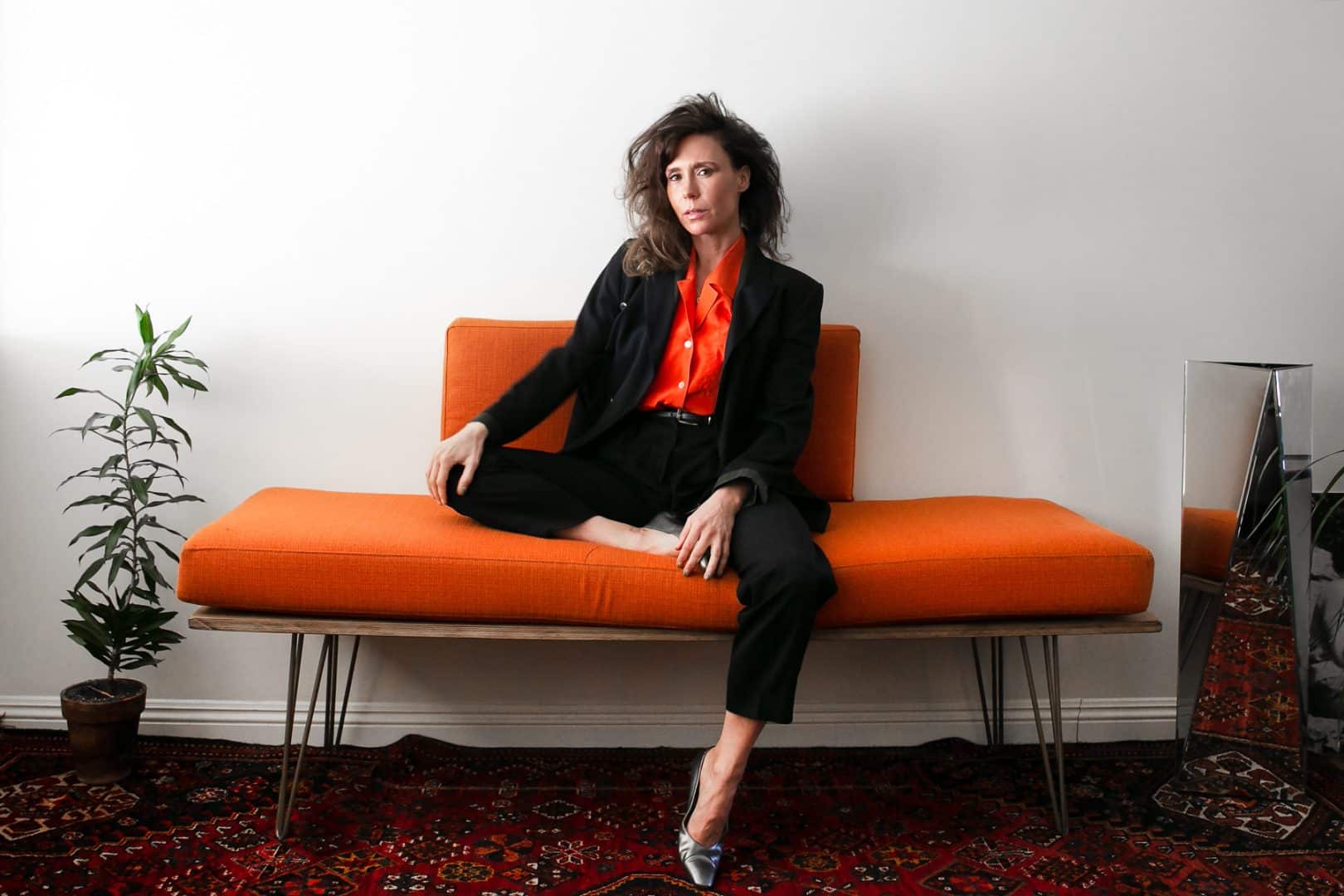 Lily Baldwin is a queer artist, filmmaker, and actor based in NYC, Berlin, and LA. Baldwin combines her deep love of dance and film to craft visceral stories with dreamscapes and stylized documentary. Focusing on hybrid forms, she blurs supernatural, action and thriller genres. Recent experiences living with disability give her a unique inside-out lens; she bridges disabled and able-bodied perspectives.

Her works have been screened at all major festivals including Sundance, SXSW, Berlinale and the Venice Biennale, and have been exhibited around the world at galleries and museums. Her shorts are featured on The Criterion Channel, Netflix, Amazon, Filmmaker Magazine, NOWNESS and Vimeo Staff Pick.

She choreographed the music video ‘Sutphin Boulevard’ by Blood Orange / Dev Hynes and the opening event at Times Square with Arto Lindsay for ‘Performa 09’. As a dancer, Baldwin performed on the world tour of David Byrne and Brian Eno’s album EVERYTHING THAT HAPPENS WILL HAPPEN TODAY, with the Metropolitan Opera Ballet.

Lily co-created and performed in ‘TERRAIN: A Docu-Dream’. This expanded cinema installation brings together dance, documentary, 360-degree immersive video, virtual interactivity, and spatial design. Baldwin also co-directed ‘THROUGH YOU’, an award-winning VR installation in which The New York Times noted “Movement and gesture take possession of the viewer in a way that has never been replicated.”

Independent Magazine names her as one of “10 Filmmakers to Watch”, Short of the Week compares her work to David Lynch, and The New York Times says her “work has a visceral power similar to Cronenberg’s.”

Lily is the creator and host of the Audible podcast STORIES OF THE STALKED, a genre-bending true-crime series based on her personal experience being stalked that merges memoir with journalism and immersive soundscape. Additionally, based on her recent experience living in and out of the disability world and insights related to stillness and pain, Baldwin was named a Sundance Institute Interdisciplinary Program Grantee (supported by the MacArthur Foundation) and is on Creative Capital’s 2022 shortlist for her forthcoming documentary feature, CHRONICLE OF HIP. She is the founder of STOP STALKING US, a nonprofit that unites people impacted by the dangerous, often invisible, crime of stalking.